Home  / The Gazette
Previous  / Next

An Excerpt from East Lake- Where Bobby Learned to Play 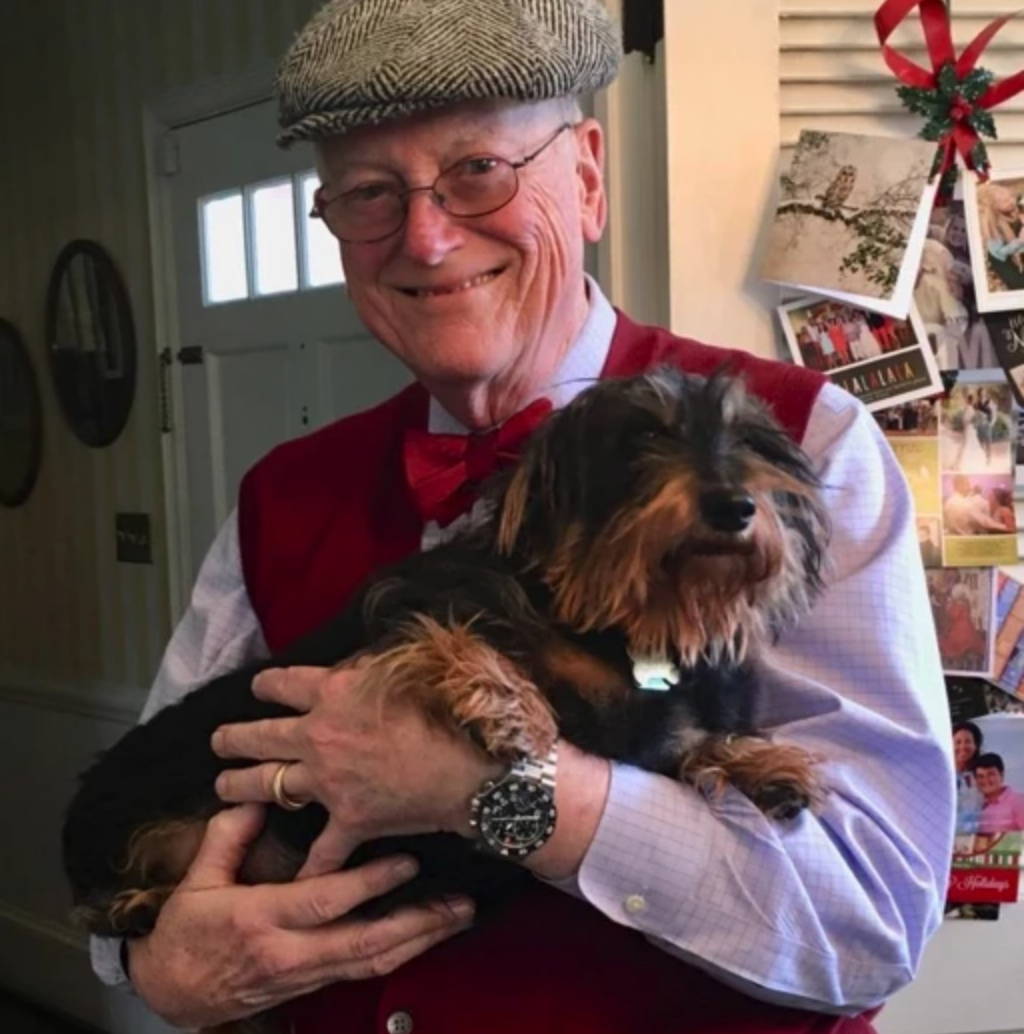 Linton is a retired neurologist who first visited East Lake in 1989 and was inspired to write down stories he was told about Bobby Jones. He lives in Atlanta with Priscilla, his wife of fifty-eight years. They have two children and five grandchildren. In 2019 he published East Lake — Where Bobby Learned to Play.

"The two pages below were written in 1960 by four-time national golf champion
Alexa Stirling. It is the only known eye-witness description of Bobby Jones fighting to
control his temper during competition. He was nineteen. He did not win a national  championship until 1923, two years after the moment she described. 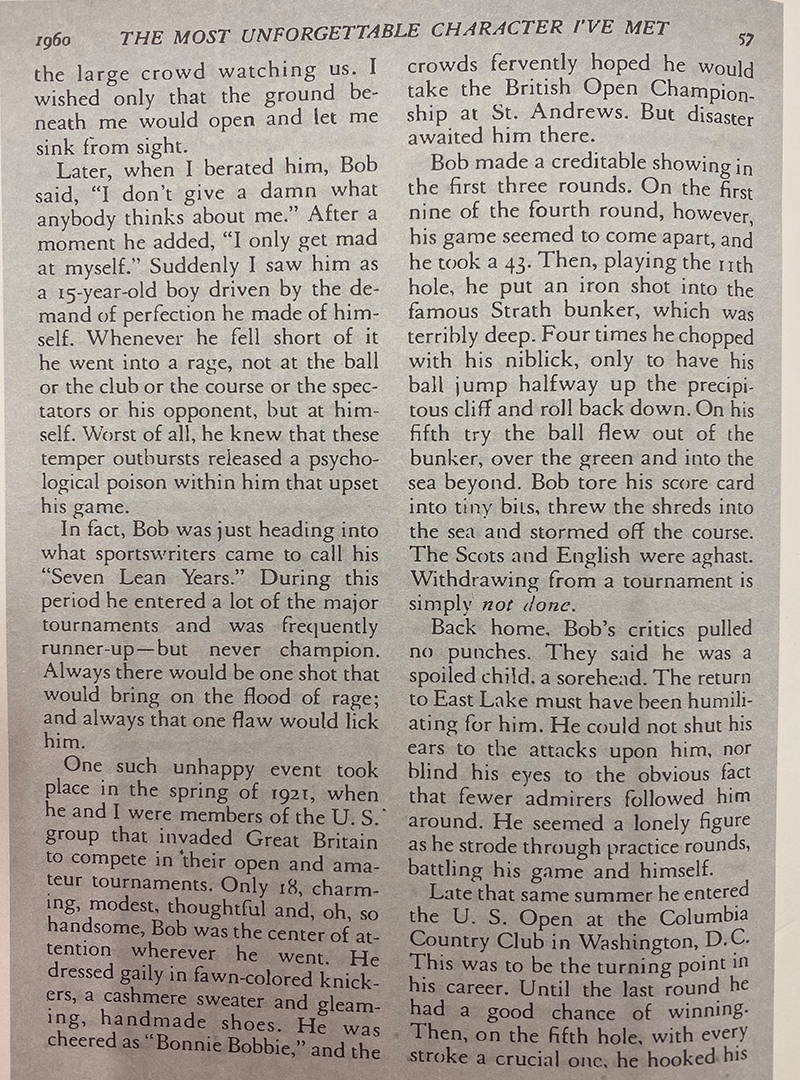 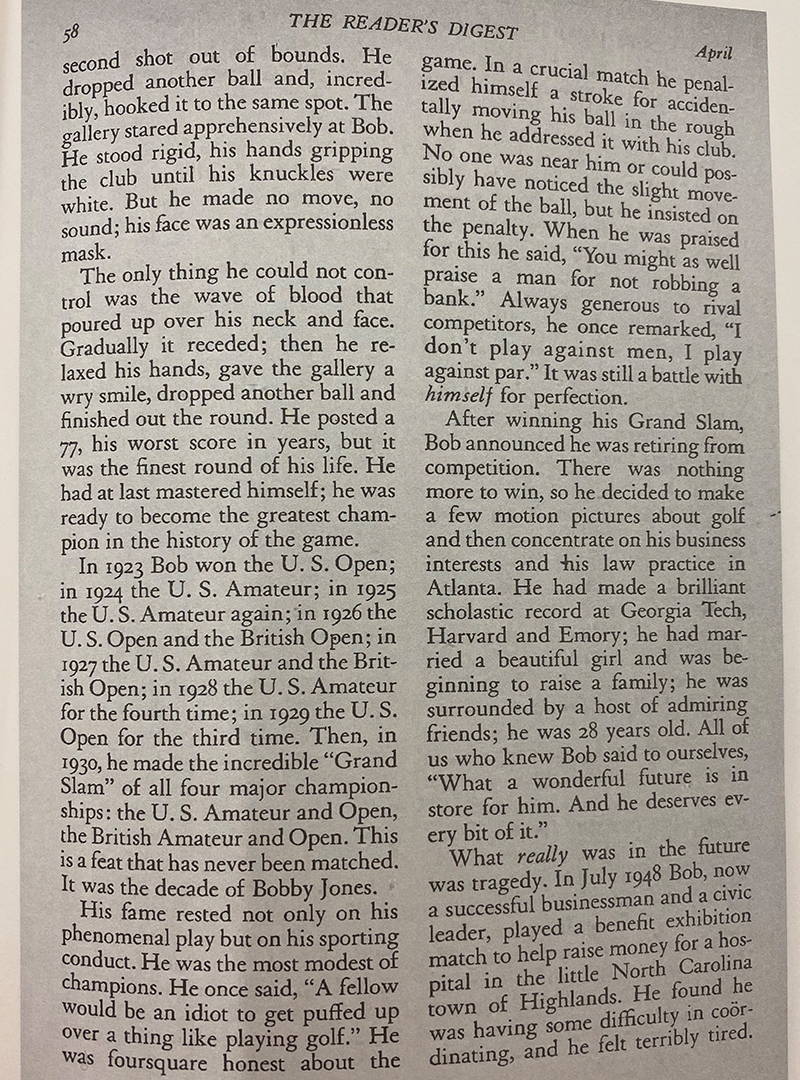 Comments will be approved before showing up.

Also in The Gazette