Home  / The Gazette
Previous  / Next

ONWARD ON THE WATER 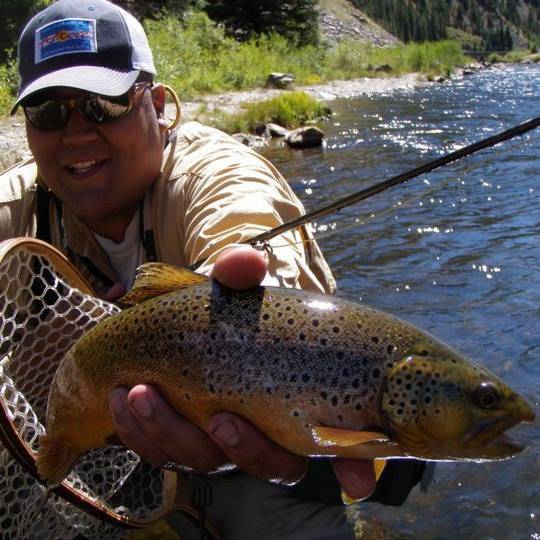 Randy Babas, Basecamp Manager at The Broadmoor in

We recently caught up with The Broadmoor's Basecamp Manager and fly fishing aficionado, Randy Babas, and asked him some questions on fly fishing in Colorado. While we were out west at The Broadmoor for our Spring 20 catalog shoot, Randy guided us to 11 Mile Canyon to capture the quintessential Colorado fly fishing shots and try our luck fishing.

*Photos below are of our time at 11 Mile Canyon last summer with our friend, Ben, fishing.

Onward Reserve: How and When did you begin Fly Fishing ?

Randy Babas: I started fly fishing as a kid on the South Platte River in 11 Mile Canyon. I was probably 10 or so the first time I went fly fishing with my dad. Before that it was always just conventional worm and bobber fishing. I didn't start really getting into fly fishing until I bought my first car and was able to drive myself around when I was 20. 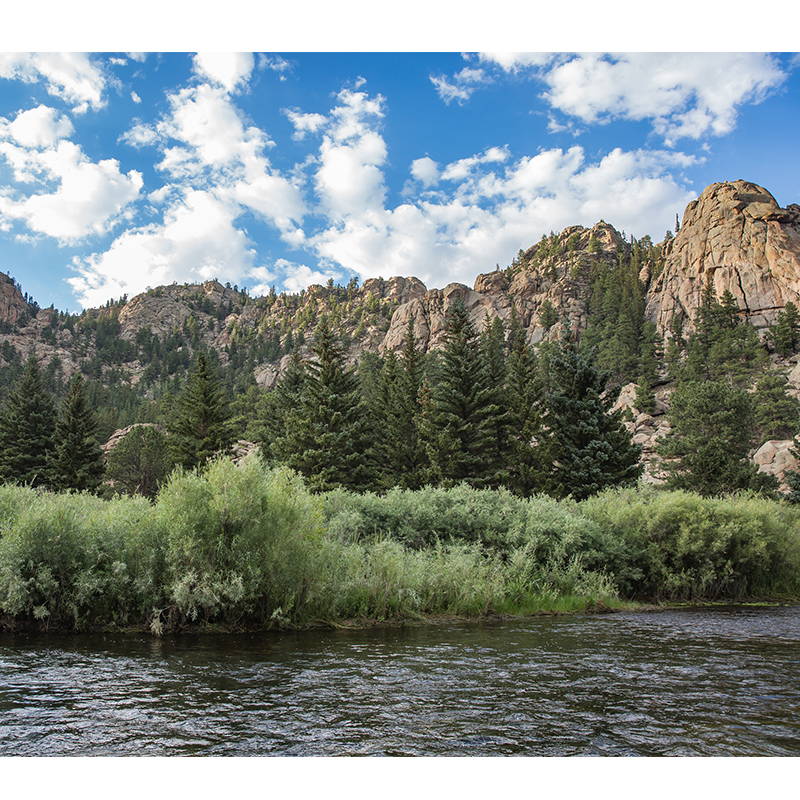 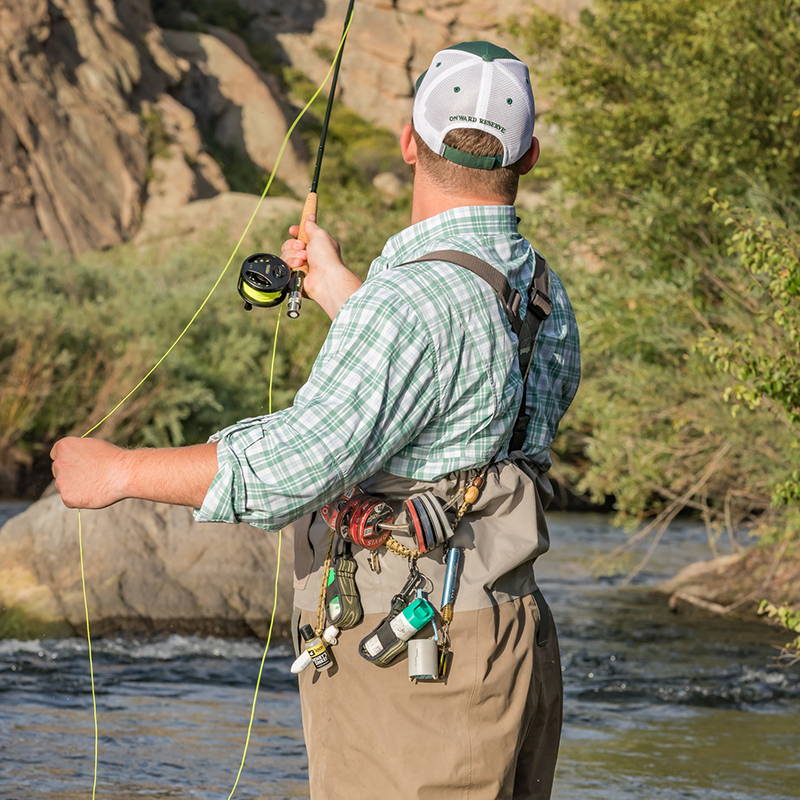 Onward Reserve: What is your go to Rod and Reel combo?

Randy Babas: My favorite rod and reel is my 8'8" 4wt Scott G2 rod with my original Ross Evolution 1.5. Me and this rod have caught more fish than any of my other rod/reel combos. Both are made in Montrose, CO.

Onward Reserve: Do you tie your own flies? If so, what are your favorite trout flies for Summers in Colorado?

Randy Babas: I do tie my own flies. My top flies for summer are Trico Spinners, Chubby Chernobyls, Foam Body Elk Hair Caddis, the RS2 (Colorado's State Fly) and the Hippie Stomper. 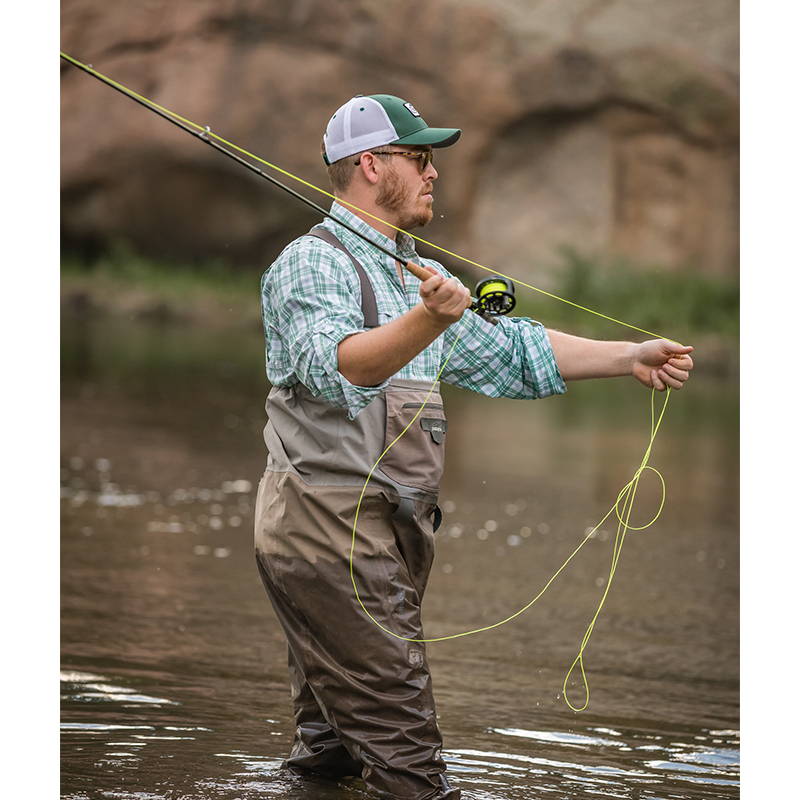 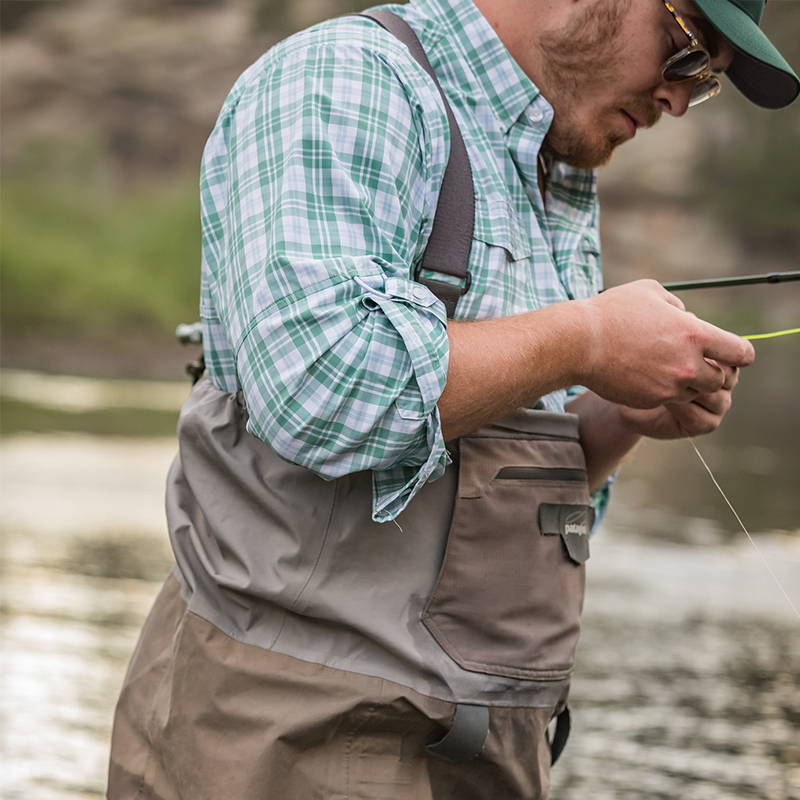 Onward Reserve: If you could fish anywhere in the world, what would it be?

Onward Reserve: What does Fly Fishing mean to you?

Randy Babas: Fly Fishing is my escape. It is where I go to forget my problems for a day or a couple hours. It lets me clear my head and think straight. It literally takes away any anxiety and uneasiness I have. More importantly it is where I go to talk to the Lord and get right with everything. One of my favorite quotes is from JT Van Zandt, "Fishing for me, as funny as it sounds, is sorta my brand of praying almost. I am never closer to my spirituality than when I'm in the act of fishing."

Onward Reserve: Which fish has been your most memorable catch?

Randy Babas: My most memorable fish was not my own. It was my younger brother Christopher's. He was in CO on leave from his first tour of Afghanistan. Last time I saw him we were saying good byes not knowing what was going to happen. Today he was quiet, expressionless, very little emotion; but thankful to be home. We took one day of his leave and went fishing in 11 Mile Canyon. We fished a hole called Greg's Office named after a local fishing guide. I remember it being a very pretty Spring day and the water being cold and clear. We were able to see a very nice fish sitting at the back of a pool. We watched for several minutes before I put my brother in a position to catch her. It took several drifts, but he ended up hooking her and after several minutes he landed her. I coached him the whole time and it was his first ever fish on a fly rod. It was an 18 inch brightly colored cutthroat. I couldn't get a read on Christopher's emotions, but he seemed at peace and had a half cocked little smile. He literally went from fighting in a war to fishing with me in about 48 hours. I will remember that fish the rest of my days.

Comments will be approved before showing up.

Also in The Gazette

An Excerpt from East Lake- Where Bobby Learned to Play